The body of a kidnapped Chaldean Catholic archbishop was found in a shallow grave in northern Iraq yesterday, one of the most dramatic attacks on the nation's small Christian community.

In Rome, Pope Benedict XVI said the act offends the dignity of humankind.

Archbishop Paulos Faraj Rahho was seized by unknown gunmen on February 29, just minutes after he delivered a Mass in Mosul, considered the last urban stronghold of al-Qaida in Iraq.

After two weeks of prayers and searching, officials at the archbishop's church received a phone call from the kidnappers on Wednesday, informing them that he had died and where he was buried, Monsignor Shlemon Warduni, the auxiliary bishop of Baghdad, told The Associated Press.

It was not immediately clear if Rahho was killed by the assailants or if he died of an illness. Shortly after his abduction, church officials said they were especially worried because the archbishop was suffering from unnamed infirmities.

A Mosul morgue official, speaking on condition of anonymity for security concerns, said Rahho's body had no bullet holes. The official also said the body was in an early stage of decomposition, suggesting he died a few days ago, and that it was found buried under a thin layer of dirt. 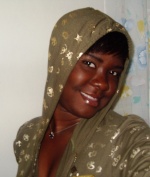