A British couple has been sentenced to three months in jail for having sex on a Dubai beach.

Michelle
Palmer, 36, and Vince Acors, 34, were today sentenced by a Dubai court,
fined £200 and ordered to be deported upon their release from prison.

It had been feared that the two Britons might face several years in jail.

Friends of Ms Palmer - who maintains her innocence - told The Times she was not surprised by the courts decision.

She
denies having sex with Mr Acors and intends to appeal the verdict as a
matter of principle. She is desperate to return to Britain, said one
friend.

She and Mr Acors remain free on bail but are barred from speaking directly to the press or leaving the country.

The
couples case has become a symbol of a culture clash in the United Arab
Emirates (UAE) that pits Dubais Western expat minority against the
conservative Arab laws.

lol u wudda mus seh so

Fine them but nuh lock them up

n seh u from sunshine city?

That doesnt mean I have to know everything, does it? 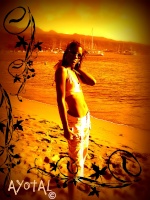 I guess its very strict

Yea, its beauify, u have the world one too

LOL, everyone has there rules 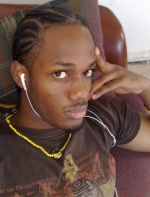